﻿﻿ ﻿﻿ Serious incident Bell 412EP A6-FLV, 16 Mar 2011
Home » ASN Aviation Safety WikiBase
ASN Wikibase Occurrence # 170017
This information is added by users of ASN. Neither ASN nor the Flight Safety Foundation are responsible for the completeness or correctness of this information. If you feel this information is incomplete or incorrect, you can submit corrected information.
Tweet
Narrative:
The helicopter made an uneventful approach and landing on the helideck of Wellhead Tower PC03. It was intended to embark ten passengers and some equipment. After nine passengers had boarded, the aircraft suddenly settled and adopted a nose high attitude. The engines were shut down and the passengers and crew disembarked.

Subsequent examination of the aircraft by the crew showed that the undercarriage aft crosstube had failed due to fatigue ffrom repeated stress due to cyclic loading of the crosstube. The landing gear was certified under a Canadian STC.

Existing fatigue cracking of the cross tube was not discovered, prior to failure, by the specified visual inspection as the cracks were hidden underneath the layer of paint on the surface of the undercarriage aft crosstube. 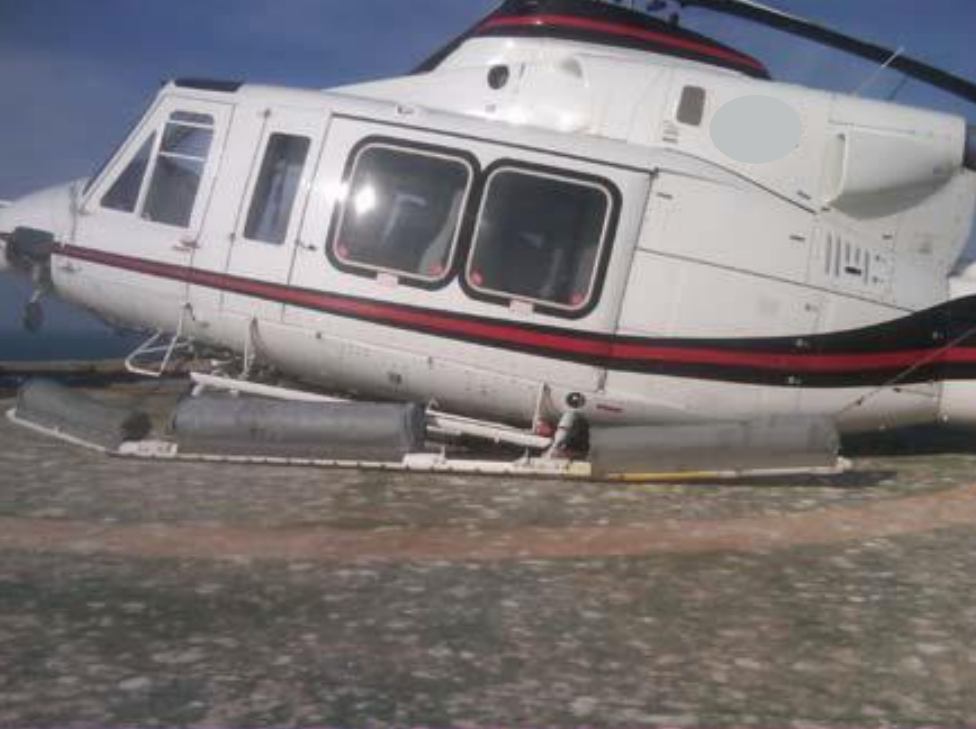 Photo(c): GCAA
Revision history:
Corrections or additions? ... Edit this accident description
The Aviation Safety Network is an exclusive service provided by:
Quick Links:
CONNECT WITH US: