﻿﻿ ﻿﻿ Accident Handley Page Hampden Mk I L4049, 24 Sep 1940
Home » ASN Aviation Safety WikiBase
ASN Wikibase Occurrence # 15714
This information is added by users of ASN. Neither ASN nor the Flight Safety Foundation are responsible for the completeness or correctness of this information. If you feel this information is incomplete or incorrect, you can submit corrected information.
Tweet
Narrative:
Handley Page Hampden Mk.I L4049 (OL-A) of 83 Squadron, RAF Scampton. Lost on combat operations on night of 24/9/1940 when FTR (Failed To Return). Shot down by flak whilst returning from raid on Berlin. Hampden L4049 came down near Bethen (Niedersachsen), Lower Saxony, Germany. (At approximate co ordinates 52°51′55″N 8°03′44″E), Three of the crew of four were killed

The three crew fatalities were all buried as Becklingen War Cemetery. The sole survivor, Sqn Ldr Bridgman, survived the war - In fact he was in Stalag Luft 3 and helped in the famous "wooden horse" escape. Post war he married, had three children (all daughters) and died in 2006 at the age of 90. 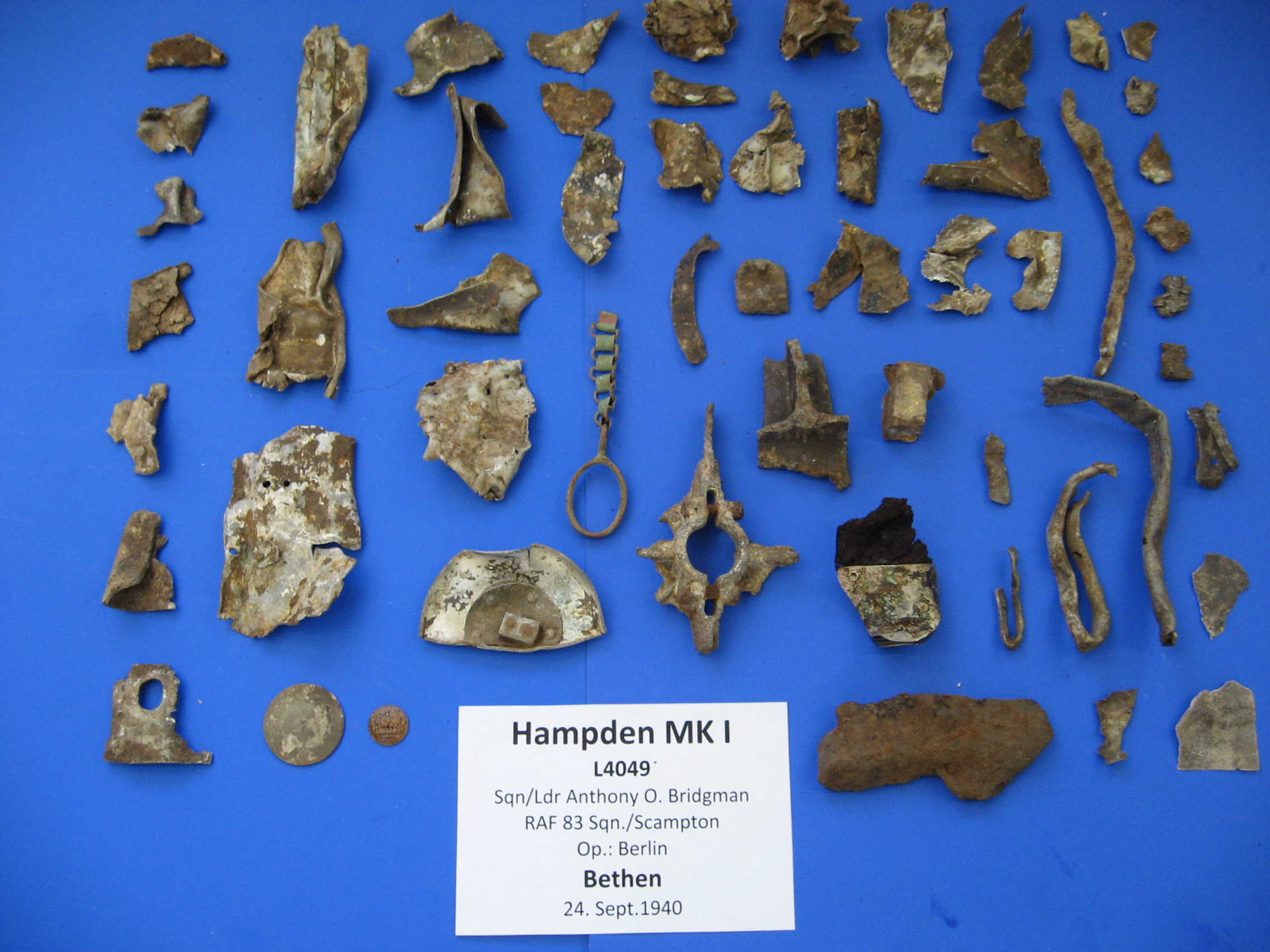 finding parts at the Hampden c rash site in Bethen
Revision history:
Corrections or additions? ... Edit this accident description
The Aviation Safety Network is an exclusive service provided by:
Quick Links:
CONNECT WITH US: