﻿﻿ ﻿﻿ Accident Cirrus SR22 N19BV, 16 May 2016
Home » ASN Aviation Safety WikiBase
ASN Wikibase Occurrence # 187348
This information is added by users of ASN. Neither ASN nor the Flight Safety Foundation are responsible for the completeness or correctness of this information. If you feel this information is incomplete or incorrect, you can submit corrected information.
Tweet
Narrative:
The pilot. accompanied by his wife, took off at 10:50 from Belle-Ile-en-Mer airport for a VFR flight bound for Lille Lesquin
Airport (Nord). At 12:43, in the vicinity of the Bay of the Somme the pilot started manoeuvres and descended from flight level (FL) 075 to 1,400 ft.
After crossing the Somme, the pilot started a right turn and headed towards Amiens (Somme). At 12:59, the pilot made several turns in descent. Shortly afterwards, a witness on the ground saw the aeroplane pass at a low height with the emergency Cirrus Airframe Parachute System (CAPS) deployed. The aeroplane struck the ground at 13:03.

Probable scenario:
Around 12:33, while the aeroplane was cruising at FL 075, a failure of the alternator led to a sudden reduction in the electrical power supply voltage. This failure was not detected by the pilot and the battery continued to power the aeroplane’s electrical systems.
Around 12:50, after descending to 1,400 ft to fly under a cloud layer, the pilot explained that he noticed a warning light indicating a battery problem.
The pilot analysed the situation: after envisaging continuing to his initial destination, he quickly decided to divert to Amiens which he reasonably thought he could reach.
Around 12:59, a degradation in the flight conditions made the pilot decide to perform an emergency landing.
When the alternator driven gear was thrown by the moving parts of the engine against the engine housing in which it became embedded, oil from the engine was sprayed outwards in an abundant quantity. The pilot’s view through the windshield may have been substantially affected by this. The pilot controlled the deployment of the emergency parachute while the aeroplane was at an estimated height of less than 300 ft according to the recorded parameters. The investigation was not able to determine why the parachute was deployed at this height. 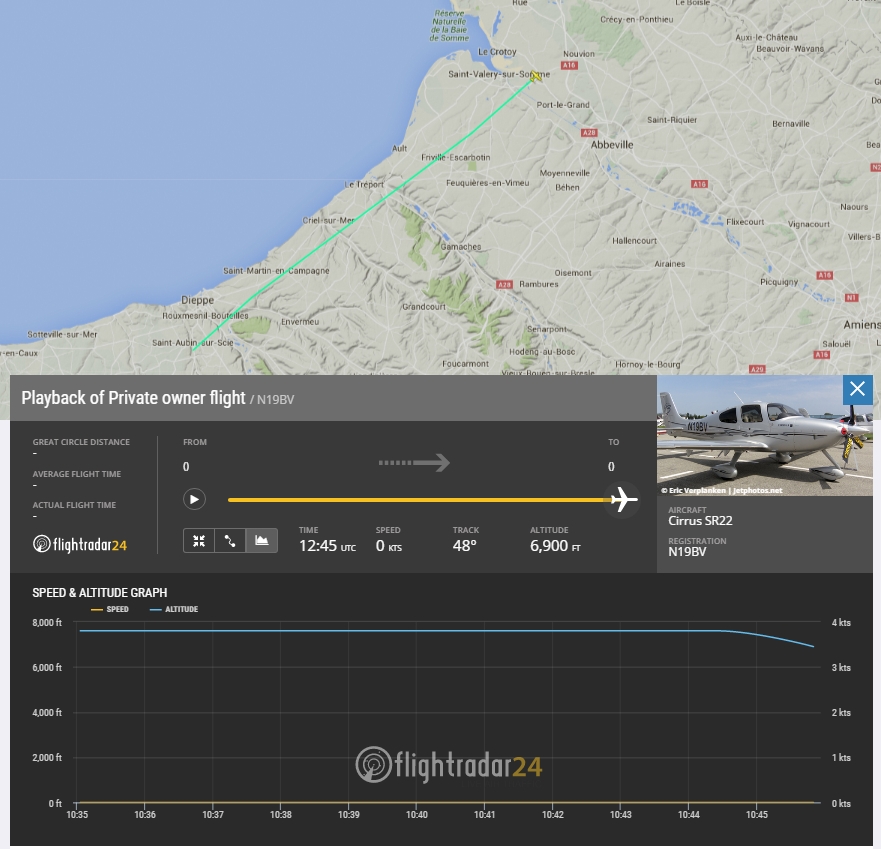