﻿﻿ ﻿﻿ Accident Cirrus SR22 C-GMDQ, 08 Apr 2018
Home » ASN Aviation Safety WikiBase
ASN Wikibase Occurrence # 209007
This information is added by users of ASN. Neither ASN nor the Flight Safety Foundation are responsible for the completeness or correctness of this information. If you feel this information is incomplete or incorrect, you can submit corrected information.
Tweet
Narrative:
The airplane was on a cross-country flight at 9,000 ft mean sea level, which was about 1,000 ft above clouds. At that time, the private pilot had the autopilot engaged and in navigation mode for the airplane to proceed directly to the next waypoint. An air traffic controller requested that the pilot turn right 20° or more, which the pilot complied with by switching the autopilot to heading mode and selecting the desired heading. Subsequently, the controller advised the pilot that he could proceed back on course. The pilot switched the autopilot back to navigation mode but did not select the next waypoint on the GPS. He realized immediately that he was returning to his previous navigation course and then selected the next waypoint on the GPS and again selected navigation mode on the autopilot. By the time he returned his attention to the primary flight display, the airplane was descending out of control through clouds, and the pilot subsequently activated the airplane's parachute system. The airplane descended via parachute and landed upright in a field, but wind gusts blew the parachute, which inverted the airplane. Examination of the wreckage revealed that during the hard landing, the nose landing gear collapsed and both main landing gear spread outward, which resulted in substantial damage to the primary structure of the airplane.
The primary flight display did not record any data. Thus, the investigation could not determine if the autopilot was engaged when the airplane departed controlled flight. However, regardless of whether or not the autopilot was engaged, it is likely that the pilot's attention was diverted to the GPS, which resulted in his failure to adequately monitor the airplane's attitude and maintain control of the airplane.


Probable Cause: The pilot's diverted attention, which resulted in his inadequate monitoring of the airplane's attitude and a loss of control in flight. 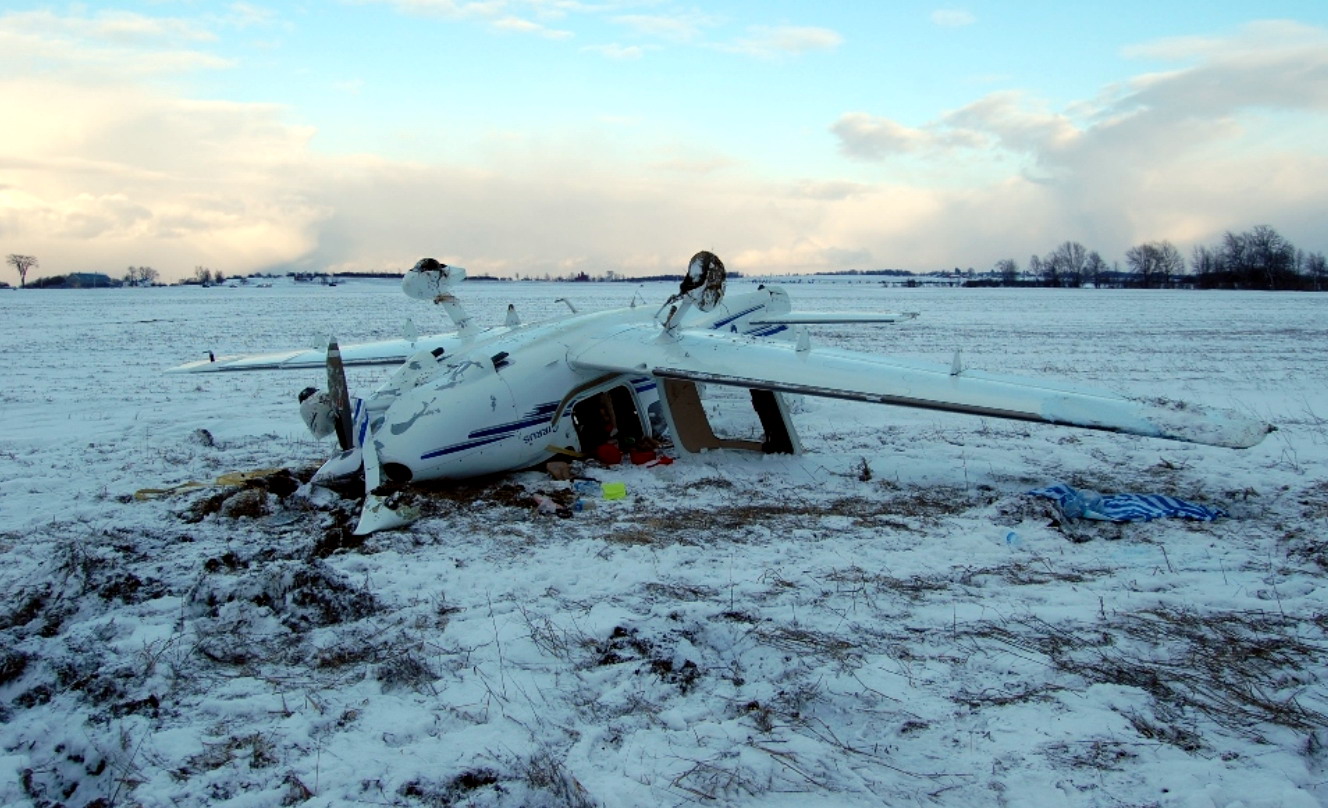