﻿﻿ ﻿﻿ Accident Cirrus SR22T GTS N131TX, 07 Sep 2018
Home » ASN Aviation Safety WikiBase
ASN Wikibase Occurrence # 215204
This information is added by users of ASN. Neither ASN nor the Flight Safety Foundation are responsible for the completeness or correctness of this information. If you feel this information is incomplete or incorrect, you can submit corrected information.
Tweet
Narrative:
During the takeoff roll, the pilot realized that his headset active noise reduction (ANR) function was inoperative. He tugged on the headset cord to access the ANR control module, but the module was stuck between his seat and the center console, and he returned his attention to continuing the takeoff. When the airplane was about 200 ft above ground level, the pilot engaged the autopilot, then leaned down to focus on freeing the control module. A few seconds later, and without freeing the module, the pilot noticed a significant decrease in engine noise and power. He sat upright, verified that the engine power and mixture levers were correctly positioned, and began scanning the instrument panel, but was unable to restore engine power. About the same time, the aural "sink rate" warning began sounding.

Based on the airplane's low altitude and his evaluation of the surrounding terrain, the pilot chose to deploy the airframe parachute system, even though the airplane's height above the ground was below the minimum recommended deployment altitude. The airplane impacted the ground under canopy, resulting in substantial damage to the fuselage.
It is likely that, during his attempt to free the headset control module, the pilot inadvertently and unknowingly repositioned the unguarded three-position fuel pump control rocker switch, located on the center console, to the HIGH BOOST/PRIME position. This selection resulted in the loss of engine power.

Probable Cause: The pilot's inadvertent activation of the fuel pump control rocker switch, which resulted in a loss of engine power shortly after takeoff. Contributing to the accident was the pilot's distraction with an entangled headset cord. 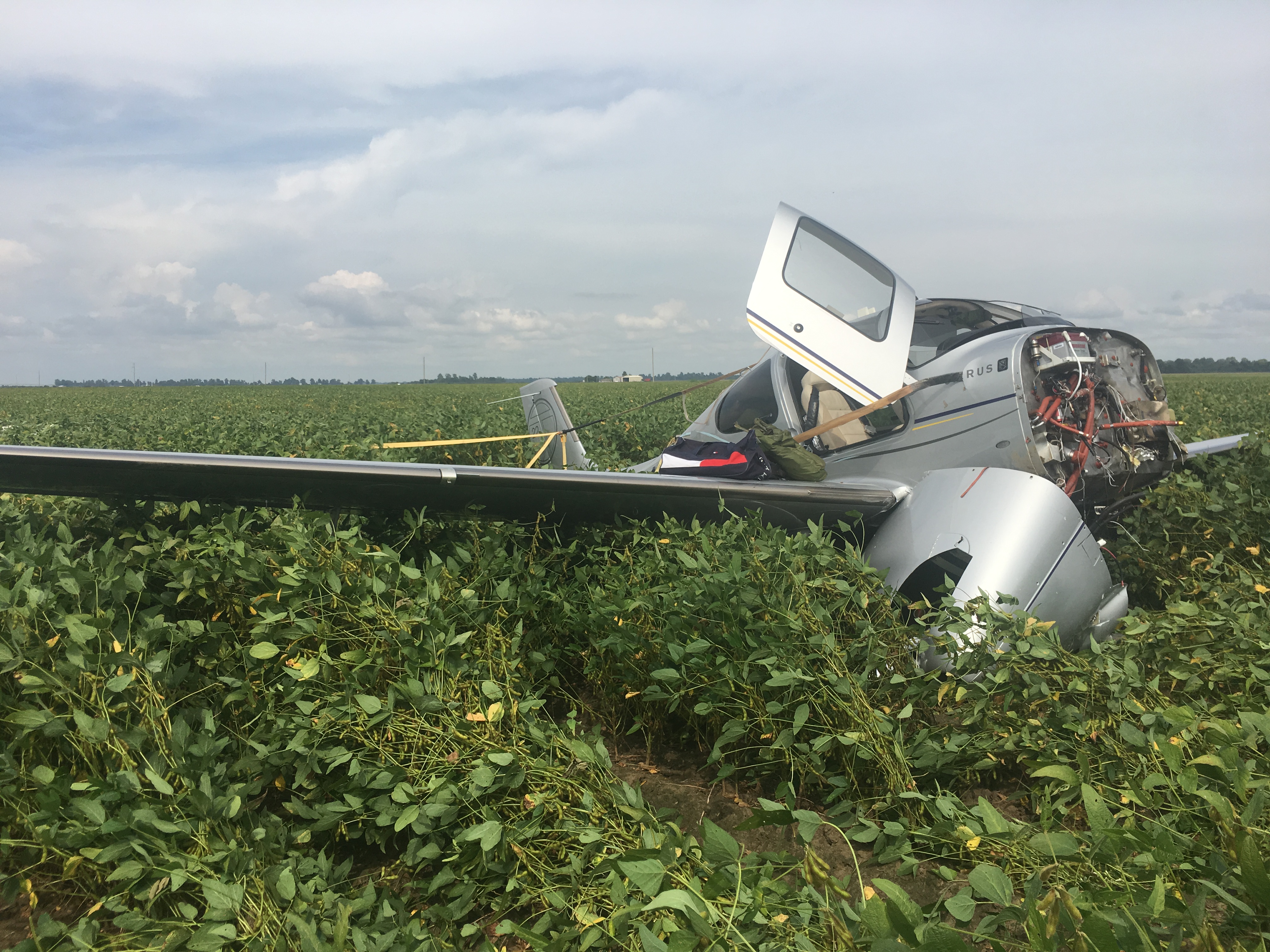 Accident site
Revision history:
Corrections or additions? ... Edit this accident description
The Aviation Safety Network is an exclusive service provided by:
Quick Links:
CONNECT WITH US: