﻿﻿ ﻿﻿ Accident Cirrus SR22 N597CP, 29 Nov 2018
Home » ASN Aviation Safety WikiBase
ASN Wikibase Occurrence # 218781
This information is added by users of ASN. Neither ASN nor the Flight Safety Foundation are responsible for the completeness or correctness of this information. If you feel this information is incomplete or incorrect, you can submit corrected information.
Tweet
Narrative:
During the descent from 17,500 ft mean sea level (msl), as the airplane was passing through about 7,500 ft msl, the pilot felt a jolt from the engine and subsequently received a low oil pressure alert. The pilot diverted to a closer airport and continued the descent. When the airplane was about 2,000 ft msl, the pilot felt additional jolts and observed sparks emanating from the engine cowling area. Shortly thereafter, the engine lost total power. With no clear landing area available in nighttime conditions over an urban area, he activated the whole-airframe parachute system, and the airplane impacted trees and terrain with the parachute deployed. The fuselage, wings, and empennage sustained substantial damage.
Examination of the engine crankcase revealed a fracture hole at the No. 6 cylinder, and the connecting rod had sheared from the upper crankshaft bearing. Disassembly of the engine and its components revealed that the left turbocharger had seized; rub marks were observed inside the turbine housing; metal contaminants were found inside the oil filter; and the oil sump contained damaged connecting rod ends, valve lifters, and engine bearings. The damage is consistent with an oil circulation interruption and catastrophic engine failure. The source of the interruption of oil circulation to the engine could not be determined after engine disassembly.

Probable Cause: The total loss of engine power due to the interruption of oil circulation for reasons that could not be determined based on the available evidence. 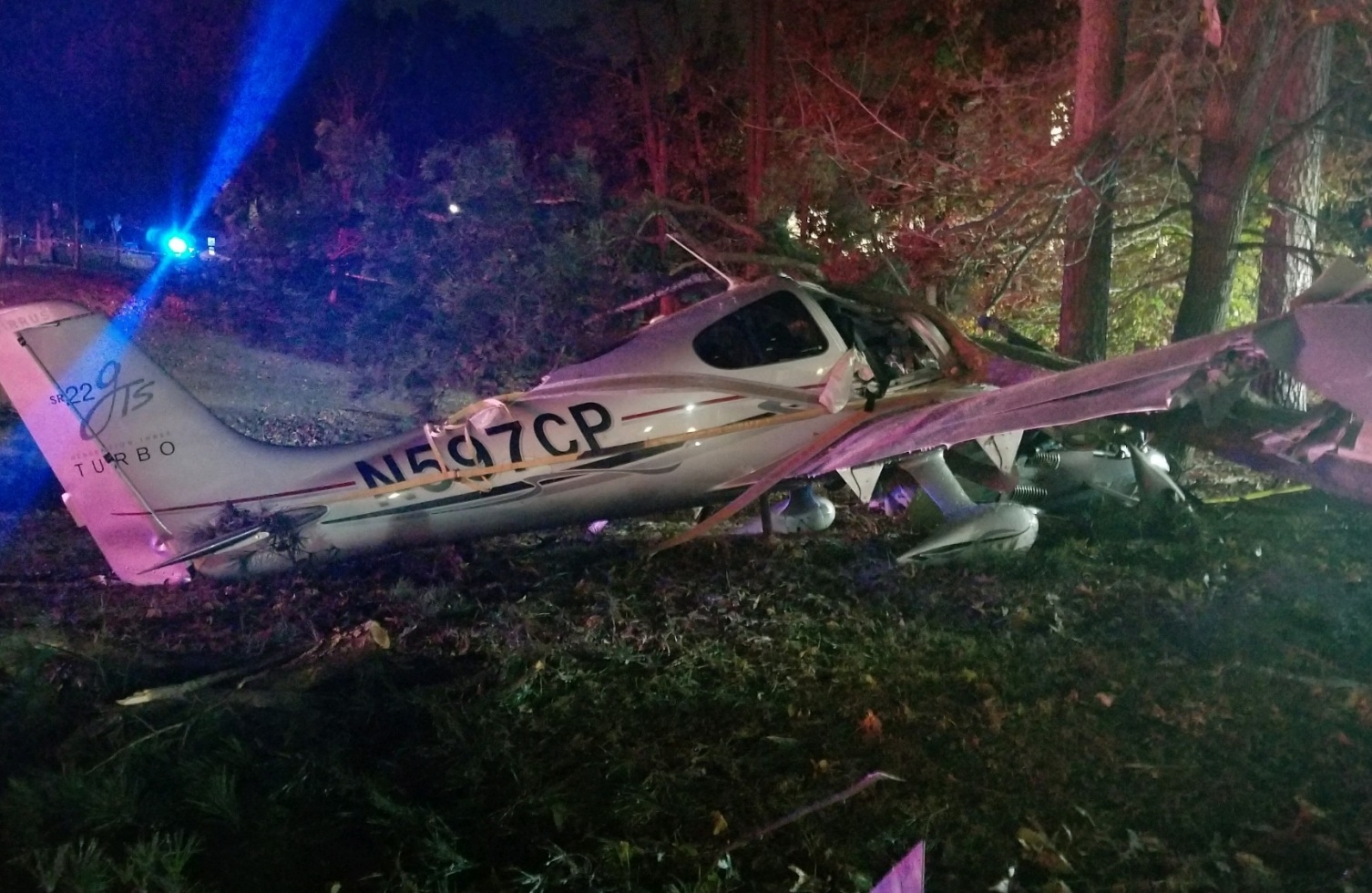