﻿﻿ ﻿﻿ Accident Cirrus SR22 GTS N323SR, 02 Jan 2020
Home » ASN Aviation Safety WikiBase
ASN Wikibase Occurrence # 231877
This information is added by users of ASN. Neither ASN nor the Flight Safety Foundation are responsible for the completeness or correctness of this information. If you feel this information is incomplete or incorrect, you can submit corrected information.
Tweet
Narrative:
The pilot reported that, during a cross-country flight, he heard a pop from the engine, and it subsequently stopped producing power; however, the engine continued to run, and the propeller continued to rotate. The pilot attempted to troubleshoot the loss of power; however, power was not restored. Subsequently, the pilot activated the airplane’s parachute system and the airplane impacted trees and terrain, resulting in substantial damage to the airframe.

Postacccident examination of the engine revealed that the camshaft fractured at one of its four oil transfer holes. As a result, camshaft continuity was lost, and the engine was partially unable to produce power. Forensic examination of the fracture surface revealed that the fracture occurred due to fatigue that initiated from a burr at the corner of an oil transfer hole. The extent of fatigue crack growth through the cross-section suggested the overall torsion load on the camshaft was relatively low as the crack grew. However, a burr at the edge of a hole is a feature that is known to reduce component fatigue life. The burr was deformed and coated, consistent with forming during a peening operation and before the manganese phosphate coating had been applied. A similar burr was also observed on the adjacent oil transfer hole in the camshaft. The presence of a burr suggests the corner of the hole was not properly broken before the part was peened during manufacturing, leading to deformation of a sharp corner during the peening operation.

Probable Cause: A fatigue failure of the camshaft due to a manufacturing defect, which resulted in a partial loss of engine power. 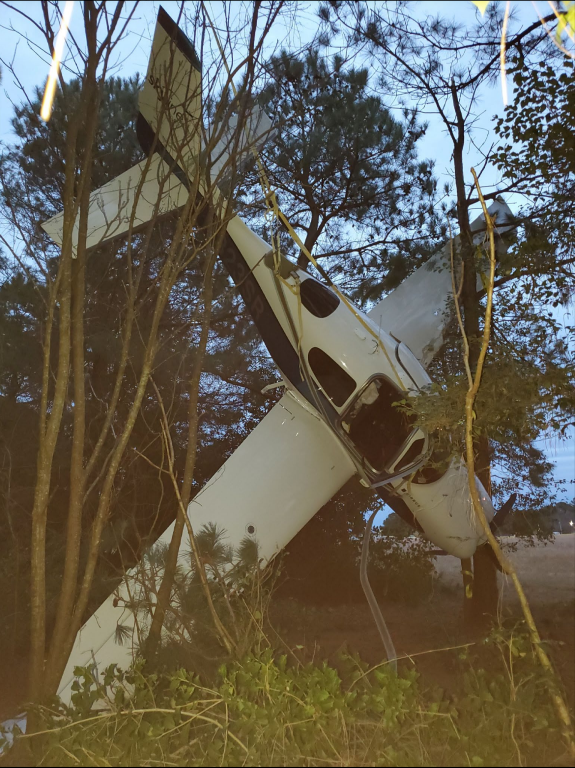