﻿﻿ ﻿﻿ Emergency parachute use Accident Cirrus SR20 GTS G3 N89423, 15 Jun 2021
Home » ASN Aviation Safety WikiBase
ASN Wikibase Occurrence # 264051
This information is added by users of ASN. Neither ASN nor the Flight Safety Foundation are responsible for the completeness or correctness of this information. If you feel this information is incomplete or incorrect, you can submit corrected information.
Tweet
Narrative:
On June 15, 2021, about 1045 Pacific daylight time, a Cirrus Design Corporation SR20 airplane,
N89423, was substantially damaged when it was involved in an accident at Truckee-Tahoe Airport (TRK), Truckee, California. The flight instructor sustained fatal injuries, and the student pilot sustained serious injuries. The airplane was operated as a Title 14 Code of Federal Regulations Part 91 instructional flight.

The student pilot recalled that, during takeoff on an instructional flight, the airplane’s stall warning indicator activated and that the flight instructor deployed the Cirrus airframe parachute system. The student pilot did not remember any other events during the accident flight but stated that he likely conducted the takeoff given his experience during previous training flights.

Postaccident examination of the airframe and engine revealed no evidence of a mechanical failure or malfunction that would have precluded normal operation. A review of recoverable data module data showed that, throughout the flight, the airplane’s flaps were at the 50% position. During the takeoff climb, the airplane’s indicated airspeed continued to increase gradually, reaching a maximum of 89 knots. The airspeed then began to decrease, and the airplane entered a climbing right turn to a maximum GPS altitude of 6,391 ft, about 500 ft above ground level. Before the parachute was activated, the stall warning was recorded three times, including when the bank angle was 81°, and the electronic stability and protection system’s roll mode was active for 2 seconds.

The student pilot likely exceeded the airplane’s critical angle of attack during a turn, which resulted in an aerodynamic stall, a low-altitude parachute deployment, and an impact with terrain. The flight instructor was likely delayed in his attempted remedial action before deploying the airplane’s parachute system.

Postaccident examination of the airframe and engine revealed no evidence of a mechanical failure or malfunction that would have precluded normal operation.

Probable Cause: The student pilot’s exceedance of the airplane’s critical angle of attack during a turn and the flight instructor’s delayed remedial action, resulting in an aerodynamic stall and a subsequent impact with terrain.

NTSB is investigating the June 15, 2021, crash of a Cirrus SR20 near Truckee, California. NTSB investigator expected to arrive on scene Wednesday morning. 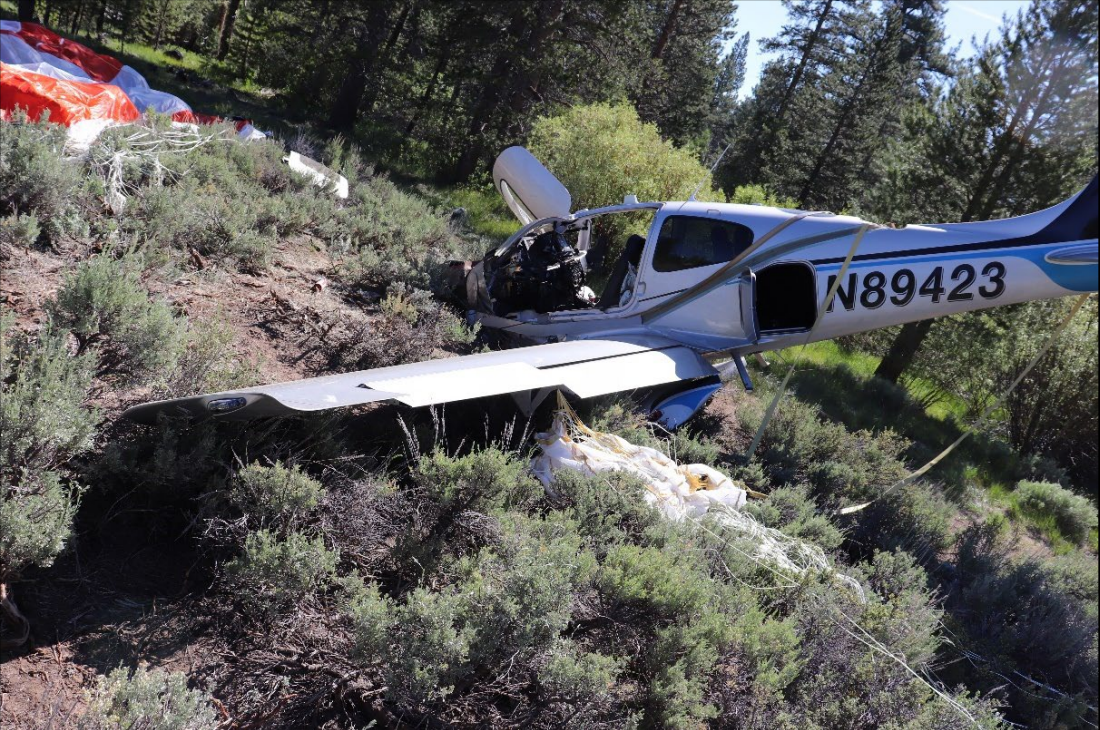 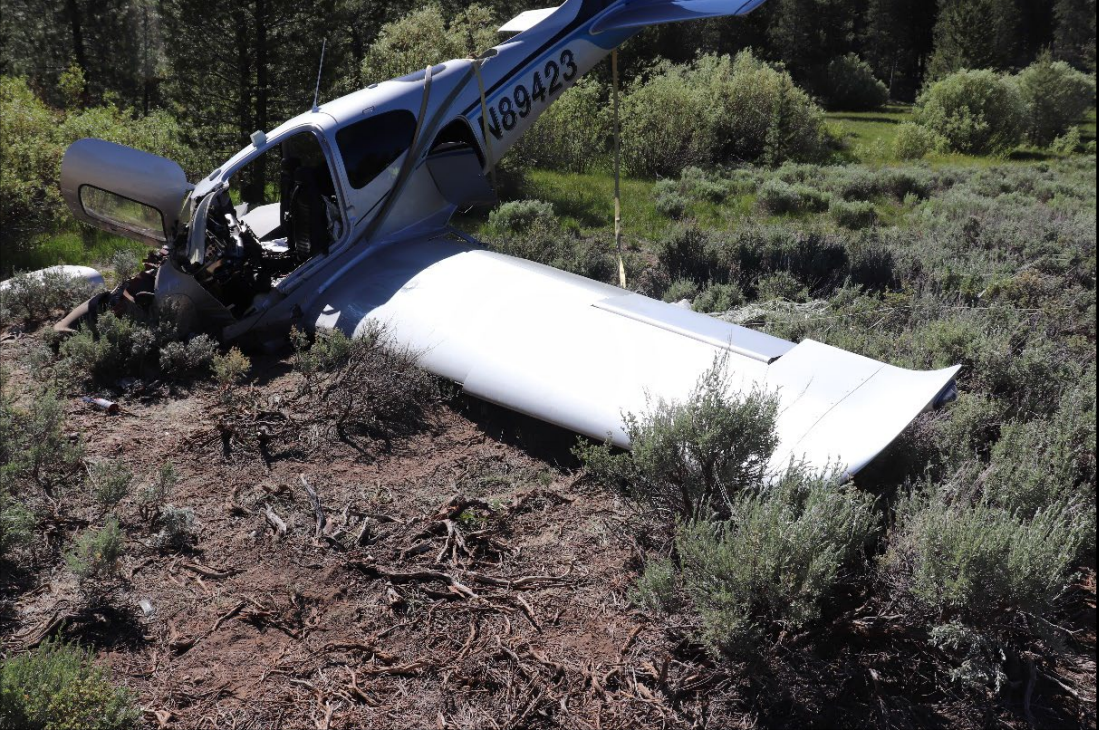 Photos: NTSB
Revision history:
Corrections or additions? ... Edit this accident description
The Aviation Safety Network is an exclusive service provided by:
Quick Links:
CONNECT WITH US: