﻿﻿ ﻿﻿ Accident Cessna 402C N88833, 09 Sep 2021
Home » ASN Aviation Safety WikiBase
ASN Wikibase Occurrence # 267491
This information is added by users of ASN. Neither ASN nor the Flight Safety Foundation are responsible for the completeness or correctness of this information. If you feel this information is incomplete or incorrect, you can submit corrected information.
Tweet
Narrative:
The pilot and the six passengers were seriously injured. The airplane was operated under the provisions of Title 14 Code of Federal Regulations Part 135 as a scheduled passenger flight.

The pilot was cleared by air traffic control for the ILS RWY 7 instrument approach procedure into PVC. Another Cape Air pilot was holding short of runway 25, waiting for the accident airplane to land. He said the captain of accident airplane contacted him over the airport’s common traffic advisory frequency to ask if the airport lights were on. The pilot holding short responded that the lights were on, that the visibility had improved, and that the rain was subsiding.

The pilot holding short first saw the accident airplane after it had landed and was about halfway down the 3,502-ft-long runway. As the airplane got closer to his position, he could tell that it was traveling “a little faster than it should be.” The pilot could not estimate the airplane’s speed, but it was traveling faster than he would have expected, and he knew it would not have room to stop on the remaining runway. The airplane then took off and entered a slow climb. The pilot holding short said the attitude of the airplane appeared normal, but it was climbing slower than he thought it should. The airplane cleared the localizer antennas at the far end of the runway, then the perimeter fence, before it struck trees. The airplane disappeared into the trees, and he then saw a ball of flames.

The weather conditions reported at PVC at 1537 included wind from 210 degrees at 10 knots, visibility 3 miles in heavy rain and mist, few clouds at 200 ft, broken at 3400' an overcast ceiling at 5000 ft, temperature 21 degrees C, dewpoint 21 degrees C, and a barometric altimeter setting of 29.79 inches of mercury.

NTSB is investigating the Sept. 9, 2021, crash of a Cessna 402 in Provincetown, Massachusetts.

Provincetown firefighters say some of those on board Cape Air Flight 2072 suffered broken bones, burns from flames that ignited after crash. FAA/NTSB now leading the investigation #Boston25 AT 10/11 pic.twitter.com/ri9K1j4g5v 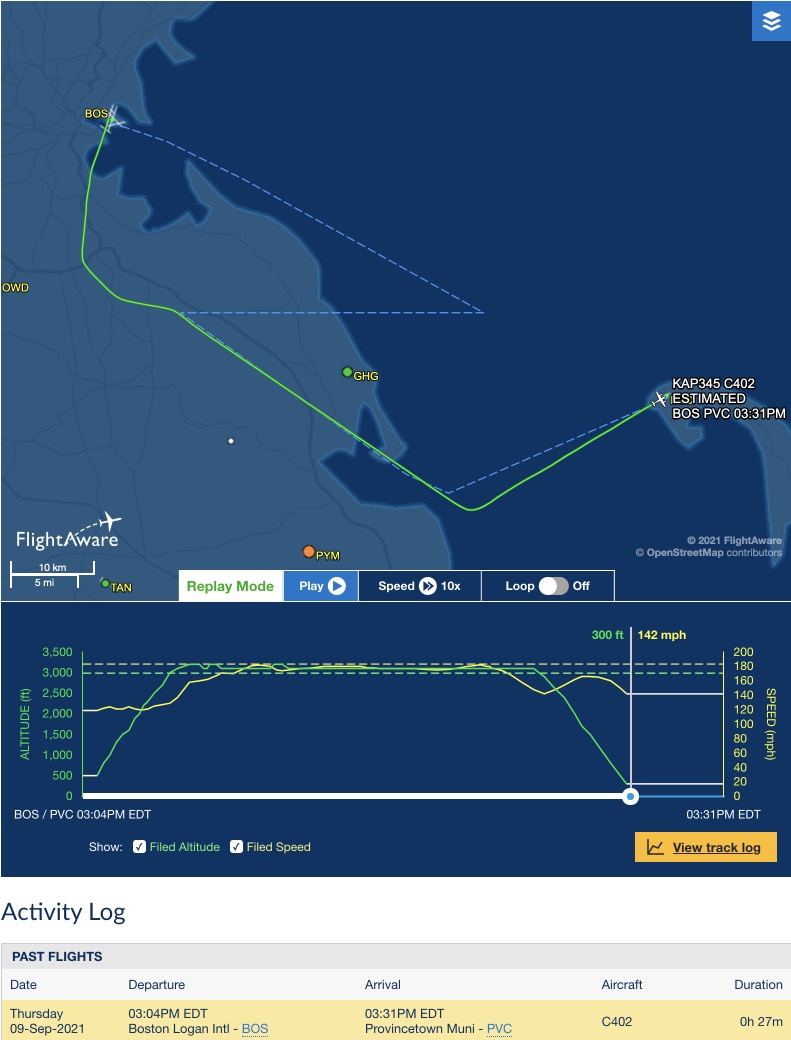 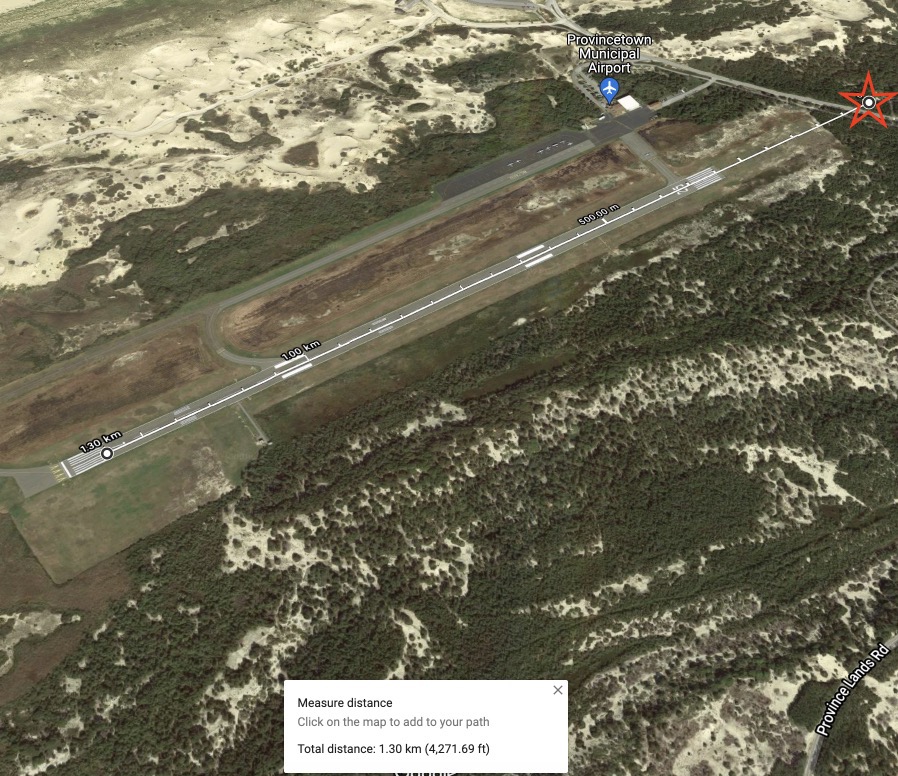