﻿﻿ ﻿﻿ Accident Piper PA-46-350P Malibu Mirage JetPROP DLX N963MA, 17 Jan 2023
Home » ASN Aviation Safety WikiBase
ASN Wikibase Occurrence # 305927
This information is added by users of ASN. Neither ASN nor the Flight Safety Foundation are responsible for the completeness or correctness of this information. If you feel this information is incomplete or incorrect, you can submit corrected information.
Tweet
Narrative:
On January 17, 2023, about 1039 central standard time, a Piper PA-46-350P JetProp DLX airplane, N963MA, sustained substantial damage when it was involved in an accident near Yoakum, Texas. The pilot and copilot sustained fatal injuries. Two passengers sustained fatal injuries and one passenger sustained serious injuries. The airplane was operated as a Title 14 Code of Federal Regulations Part 91 business flight.

A preliminary review of Automatic Dependent Surveillance–Broadcast (ADS-B) data showed that the airplane departed from the Memphis International Airport (MEM), Memphis, Tennessee, at 0748. The airplane was enroute to its destination at the Yoakum Municipal Airport (T85), Yoakum, Texas.

The airplane was cleared for the RNAV (GPS) Runway 31 approach at T85. The ADS-B data showed that about one mile south of the approach end of the runway, the airplane turned to the east, descended, and impacted terrain.

The airplane came to rest in a field on private property, about 1.5 miles southeast of T85. The airplane came to rest upright, and both wings were found separated from the fuselage due to the impact sequence. There was no postimpact fire. The airplane sustained substantial damage to both wings and the fuselage. According to first responders, the passenger with serious injuries was able to egress from the cabin and he contacted first responders with his cellular phone.

According to historical FAA airworthiness records, the airplane was modified in February 2020 via supplemental type certificate ST00541SE and was equipped with a Pratt & Whitney Canada PT6A-35 turboprop engine. 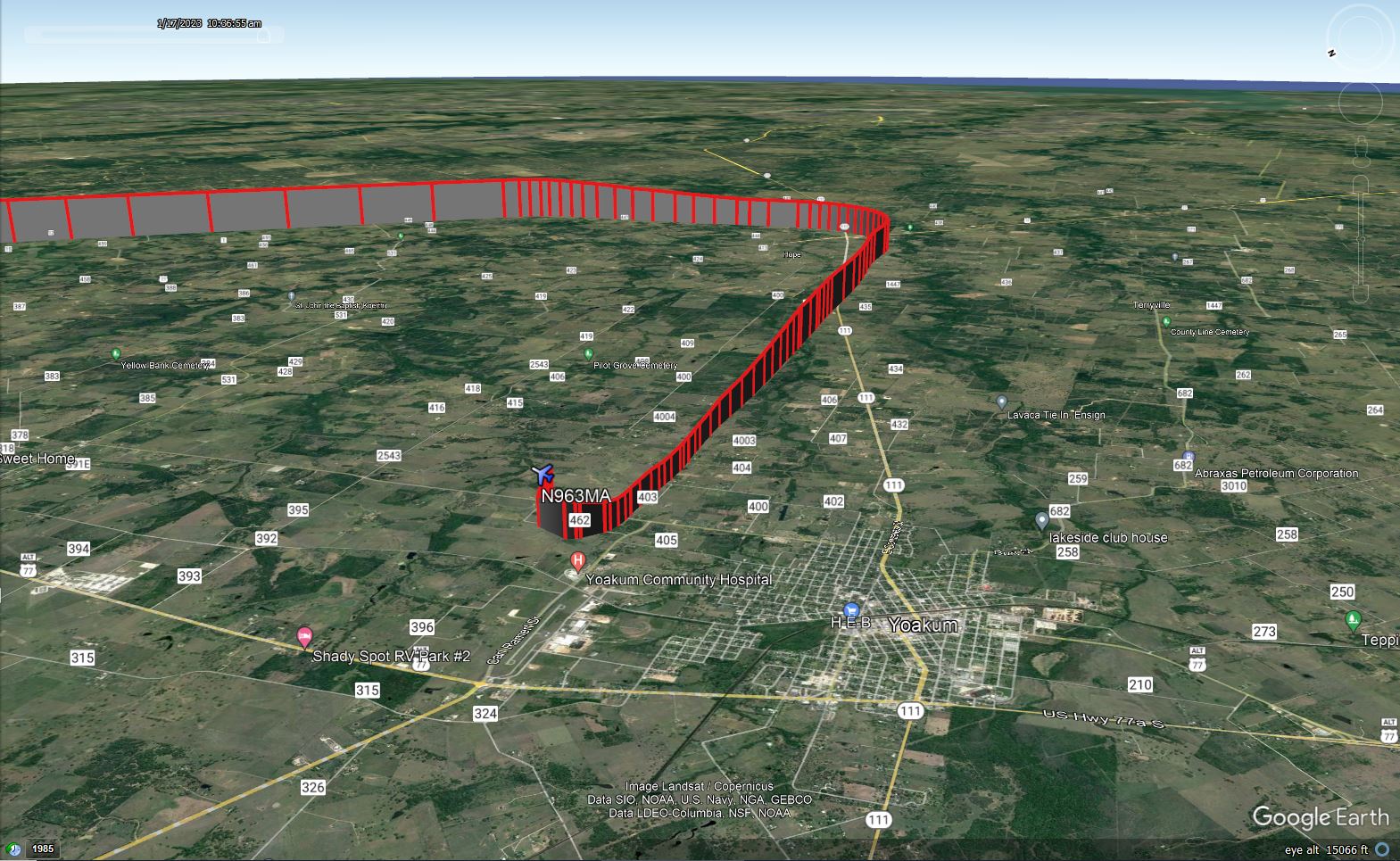 It is a screen shoot from my data point entry in to Google Earth. The Data was obtained by my ground base 1090/978 MHZ ADSB receiver approximately 28 miles from Yoakum Airport. 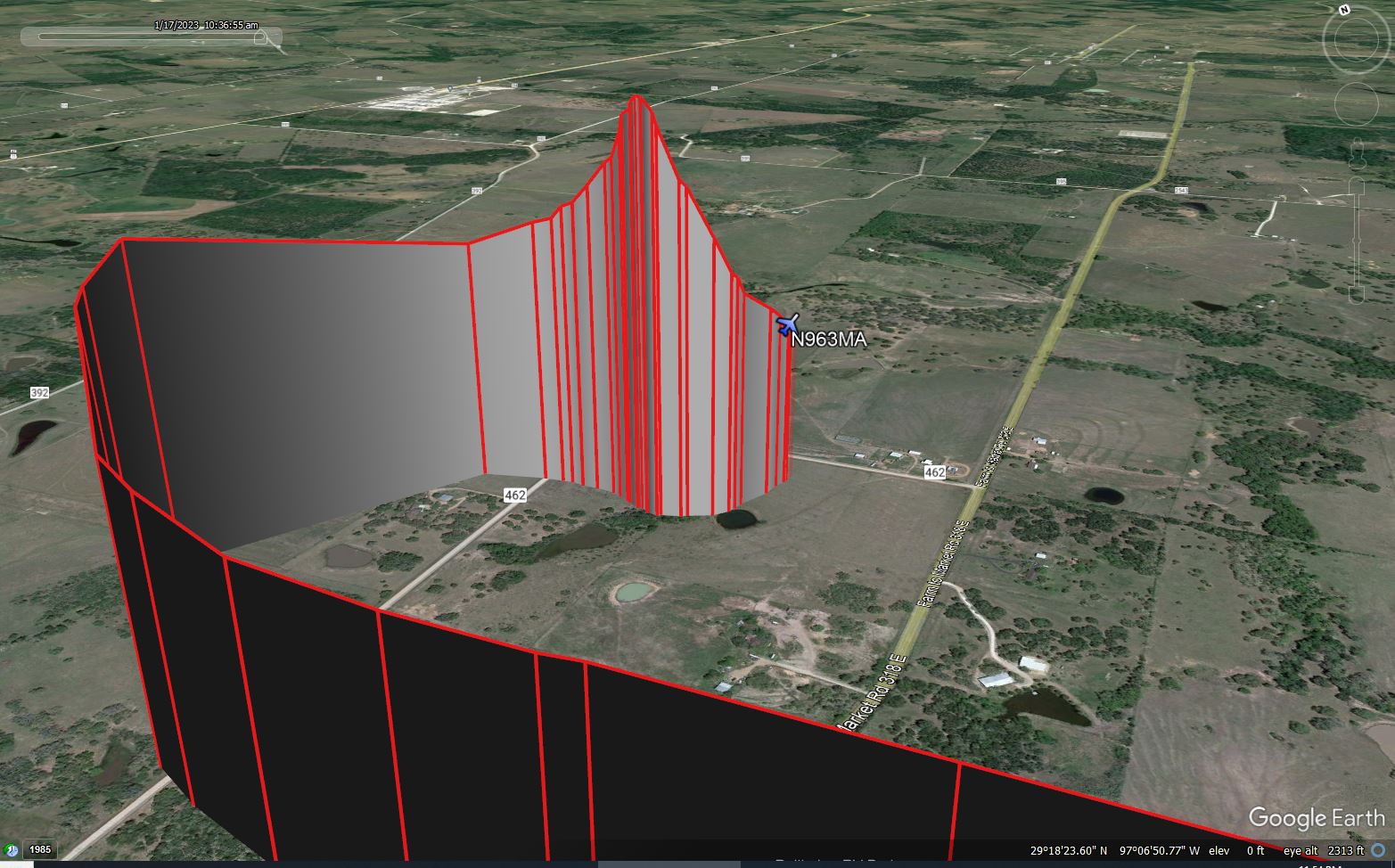 It is a screen shoot from my data point entry in to Google Earth. The Data was obtained by my ground base 1090/978 MHZ ADSB receiver approximately 28 miles from Yoakum Airport.
Revision history:
Corrections or additions? ... Edit this accident description
The Aviation Safety Network is an exclusive service provided by:
Quick Links:
CONNECT WITH US: