﻿﻿ ﻿﻿ Accident Cirrus SR20 G2 N825BC, 06 Feb 2010
Home » ASN Aviation Safety WikiBase
ASN Wikibase Occurrence # 72377
This information is added by users of ASN. Neither ASN nor the Flight Safety Foundation are responsible for the completeness or correctness of this information. If you feel this information is incomplete or incorrect, you can submit corrected information.
Tweet
Narrative:
While conducting glider-tow operations, the right wing of a Piper PA-25 was struck at a 90 degree angle by a Cirrus SR20. Analysis of the radar information, the flight condition of both airplanes, and the pilots' visibility in their respective cockpit configurations, suggests that until just prior to the impact, the Piper would have been located below the horizon and against the background of the surrounding terrain and city, between the 10 and 11 o’clock position of the Cirrus pilot. The Piper remained in this same relative position in the windscreen of the Cirrus pilot for the entire duration of its 7 minute flight. The Cirrus would have been above the horizon, against the white overcast sky, in about the 1 to 2 o’clock position of the Piper pilot. The Cirrus would have only appeared in this position after the Piper pilot completed the last turn and was headed to the west, which would have been (at most) the last 3 minutes of the flight.

Visual meteorological conditions existed at the time of the accident with an overcast layer and visibility of 8 miles. The overcast sky conditions likely made it difficult for the Piper pilot to detect the primarily white-colored Cirrus. The lack of maneuvering, as observed by the glider pilot prior to the accident, suggests that neither the pilot of the Cirrus nor the pilot of the Piper observed the other airplane prior to the accident. If the Piper pilot had observed the Cirrus prior to the impact, his ability to maneuver to avoid an impact would have been severely limited due to the glider in tow.

A postaccident examination of the engine and flight control systems on both airplanes revealed no mechanical anomalies that would have prevented either pilot from maneuvering to avoid an impact. Medical and pathological examination of both pilots revealed no medical or toxicological issues that would have precluded either pilot from operating their airplane in a safe manner prior to the accident.
Probable Cause: The failure of both pilots to see and avoid the other resulting in a midair collision. Contributing to the accident was the lack of perceived visual relative motion of the Piper and the Cirrus to the pilot of each airplane, the terrain background, and the overcast weather conditions making it difficult for either pilot to visually acquire the other aircraft. 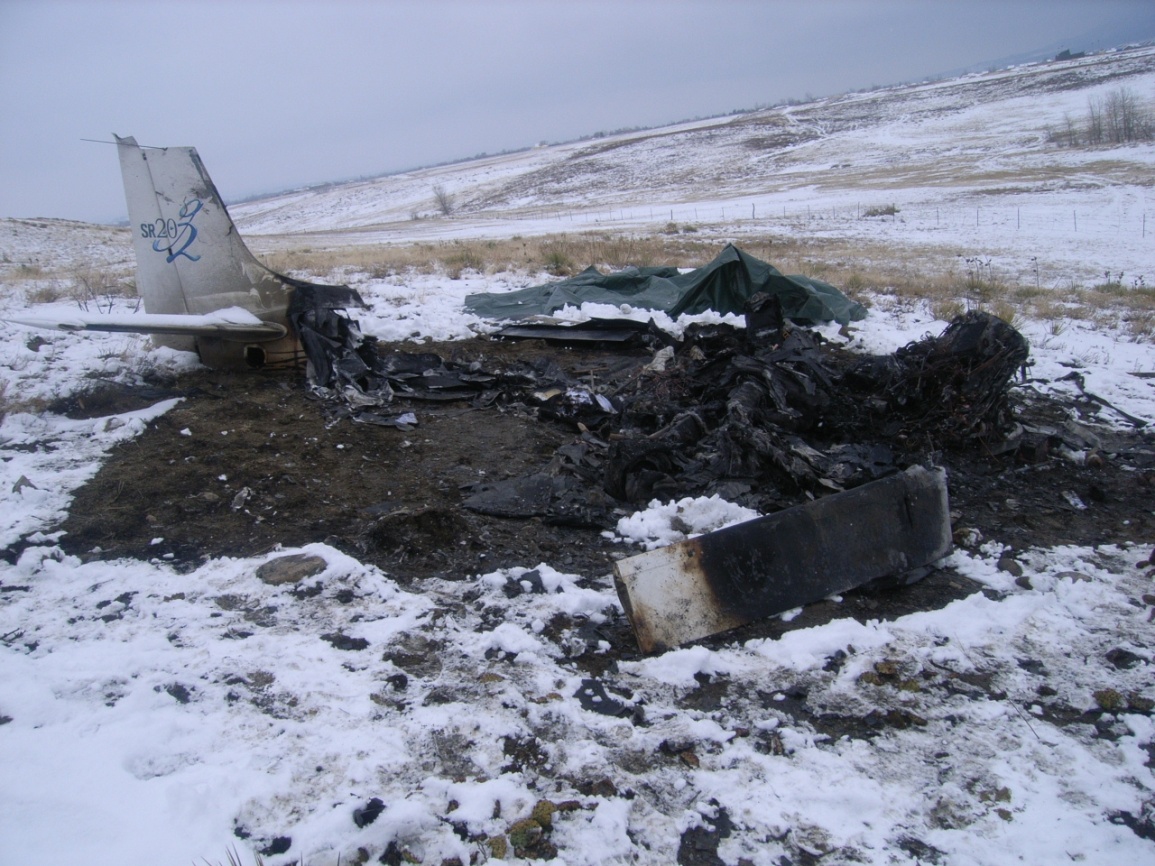