﻿﻿ ﻿﻿ Incident Airbus A320-232 UR-AJC, 27 Jul 2017
Home » ASN Aviation Safety WikiBase
ASN Wikibase Occurrence # 197007
This information is added by users of ASN. Neither ASN nor the Flight Safety Foundation are responsible for the completeness or correctness of this information. If you feel this information is incomplete or incorrect, you can submit corrected information.
Tweet
Narrative:
AtlasGlobal flight KK1010 with 127 passengers returned to land at Istanbul-Atatürk International Airport in Turkey after passing through a hail storm. The nose radome of the Airbus A320 had caved in and sustained a hole as a result of being battered by hail stones, the both forward windshields were damaged.

The pilot has been awarded a national medal of courage for safely landing the passenger jet “blind”.

Hero pilot praised for saving 127 tourists after A320 windscreen was smashed by freak hailstorm https://t.co/kCGGnOSbFp pic.twitter.com/cWeZesctPU 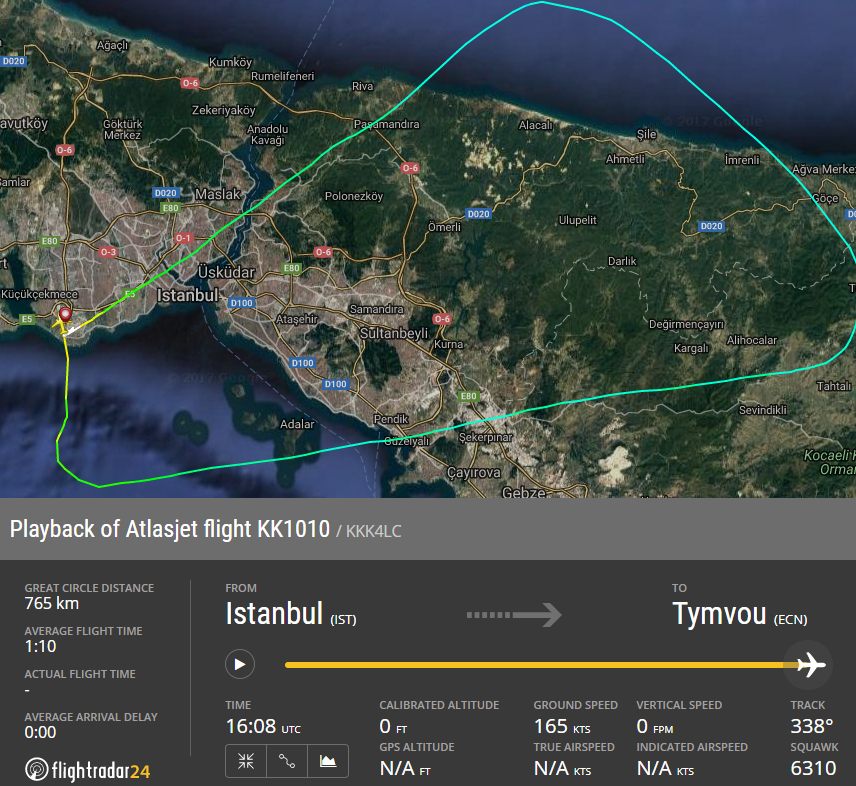