﻿﻿ ﻿﻿ Incident Boeing 737-8KN (WL) A6-FEQ, 02 Dec 2018
Home » ASN Aviation Safety WikiBase
ASN Wikibase Occurrence # 218938
This information is added by users of ASN. Neither ASN nor the Flight Safety Foundation are responsible for the completeness or correctness of this information. If you feel this information is incomplete or incorrect, you can submit corrected information.
Tweet
Narrative:
Flydubai flight FZ918 aborted the takeoff at Moscow's Sheremetyevo Airport after commencing the takeoff without clearance. At the same time, another aircraft was crossing the runway.
The aircraft, a Boeing 737-800, taxied onto runway 06R at 06:54 and began rolling for takeoff. At the same time Aeroflot flight SU151, an Airbus A330-243 (VQ-BBF) was crossing the runway via taxiway A4. The aircraft had just landed on runway 06C after a flight from Havana, Cuba, and was taxiing to the terminal.
Since the tower controller had not yet issued a clearance for takeoff, flight FZ918 was instructed to abort. The aircraft then vacated the runway via taxiway A3 and taxied to a parking spot on the apron, where it arrived at 07:26 UTC.
About 09:00 UTC the aircraft left the parking spot and taxied to runway 06C, from where it took off normally at 09:27 UTC.

Taxiway A4 crossed runway 06R at 2770 m from the runway threshold. At the time of crossing, there was a separation of about 2050 m between the two aircraft. 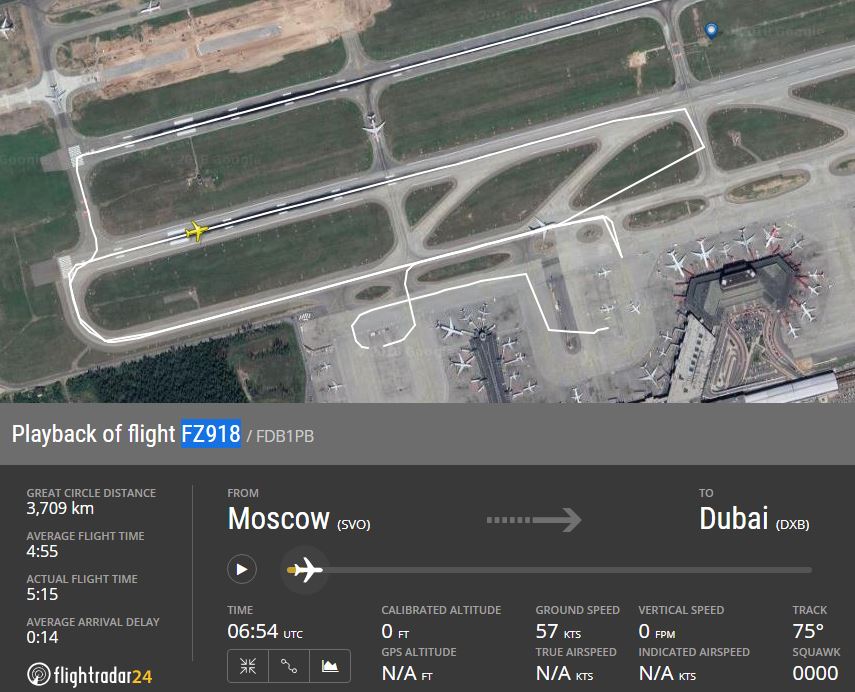 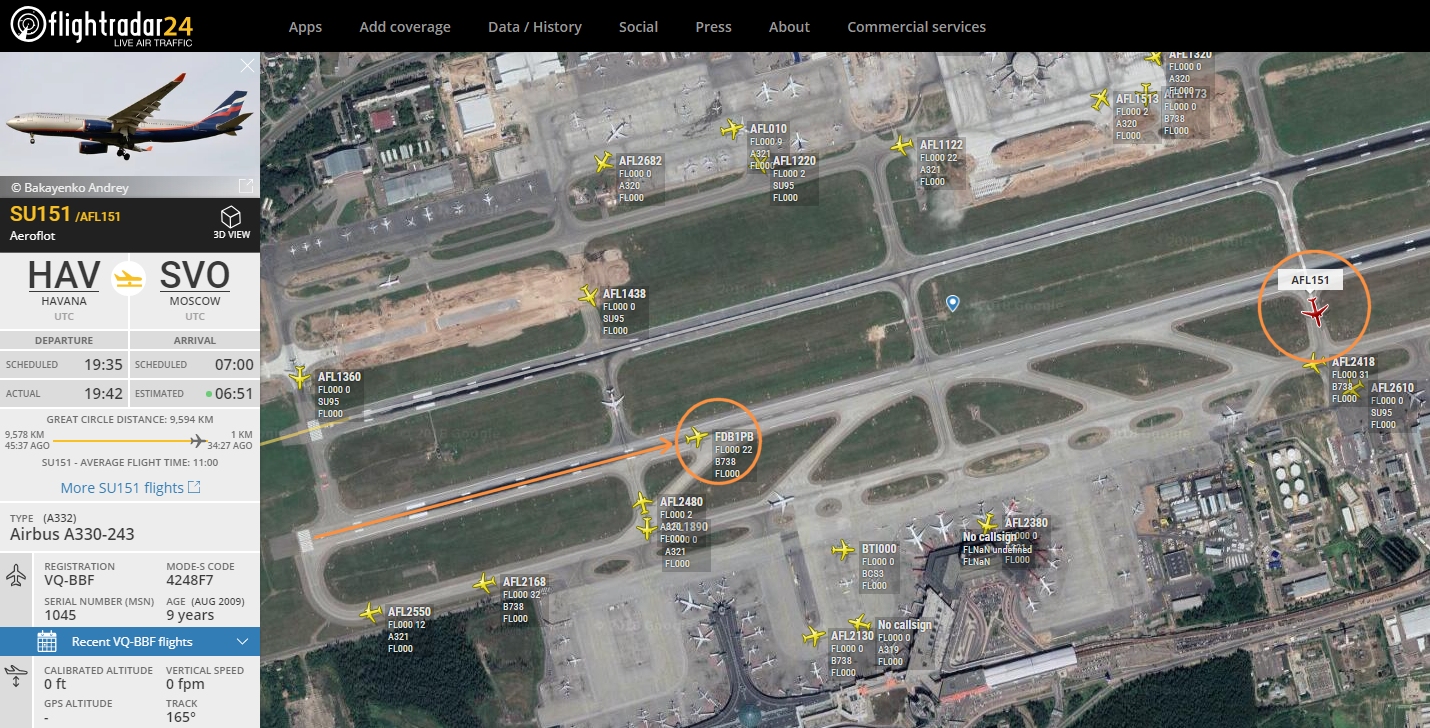